A Family Treasure since 1951

"Grant Gainan is pleased to announce the opening, Saturday noon until 9 pm, of Gainan's Floral," reads the nearly full-page notice in the Billings Gazette from April 28, 1951. It goes on to say, "Presenting a most unique display of unusual flowers, plants, centerpieces, corsages, floral supplies, and tropical fish." And so the story began.

The Gainan's Flowers story started with Betty and Grant Gainan. Betty's father, a sugar beet harvester, moved the family to Billings when she was 18, an education student at Eastern Montana State Normal School. Since her mother couldn't drive, the family had their groceries delivered. "I still remember the day when I answered our door and saw Grant standing there with our groceries. He was a very handsome man," she told the Yellowstone Valley Woman in 2002. Betty began to join Grant on his deliveries, and they would talk for hours. The couple married on August 11, 1939.

The Gainans soon started a family, but Grant's entrepreneurial spirit was restless. One day, he came home and announced he was quitting his job. They were going to open a flower shop instead. "But I don't know a petunia from a geranium," bemoaned Betty. Grant had worked at a local flower shop as a young man and enjoyed planting flowers and trees. And so, on April 28, 1951, Gainan's Floral opened its doors at 2nd & N 30th downtown.

Business steadily increased, and in 1955, Gainan's moved to a larger location. Trying to save money, Grant, Betty, and their three children, Chuck, Kathy, and Mick, rented out their home and moved into the two-room apartment attached to their new store. Running the store quickly became a family affair, with the children helping sweep the floor, wash the flower buckets, and clean flowers. Betty, often with her kids riding along, could also be seen zipping around town in their delivery van, "The Panic Wagon."

Over the next 35 years, the store was renovated and expanded nine times. When Grant passed away in 1978, Chuck and Mick ran the store side-by-side with Betty. By 1980, their floral business had blossomed to 46 employees. The expansion continued, and with the arrival of the 90s, the business began collecting awards. In 2001, Gainan's Flowers celebrated their 50th Anniversary. Just a year later, Betty gushed to the Yellowstone Valley Woman, "I'm just so proud of my family, I could just burst. I'm so grateful that they all like what Grant and I did. They are doing a great job with our business." Regrettably, she passed away in 2004.

In keeping with Grant Gainan's spirit of entrepreneurship, the Gainan family consolidated two locations into a convenient new mid-town location in August 2017. Mick Gainan said, "In a changing retail world, we have spent months researching and pouring over options for Gainan's Flowers to continue our same level of service to Billings and the surrounding area while adapting to change."

Gainan's Midtown Flowers opened on March 19, 2018. "It's the same Gainan's you've grown to love and more with an exciting new look!" Jim Gainan promised. "No flower, or memory, left behind!" 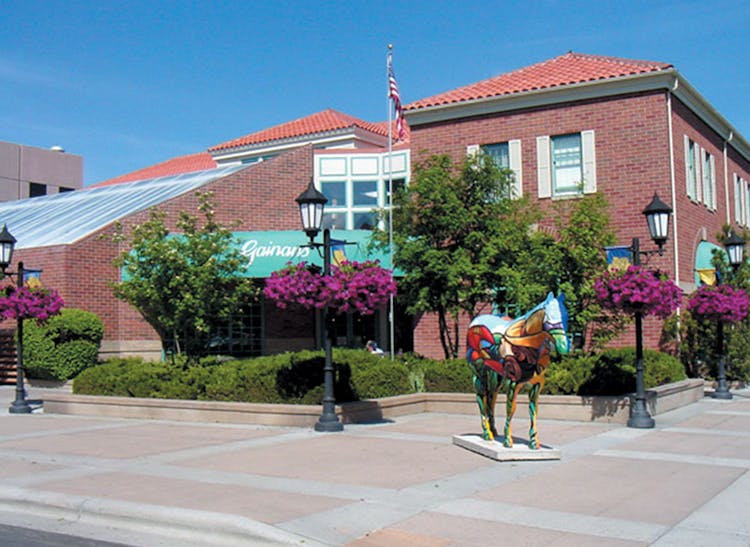 A colorful statue and gorgeous hanging flowers outside our downtown location 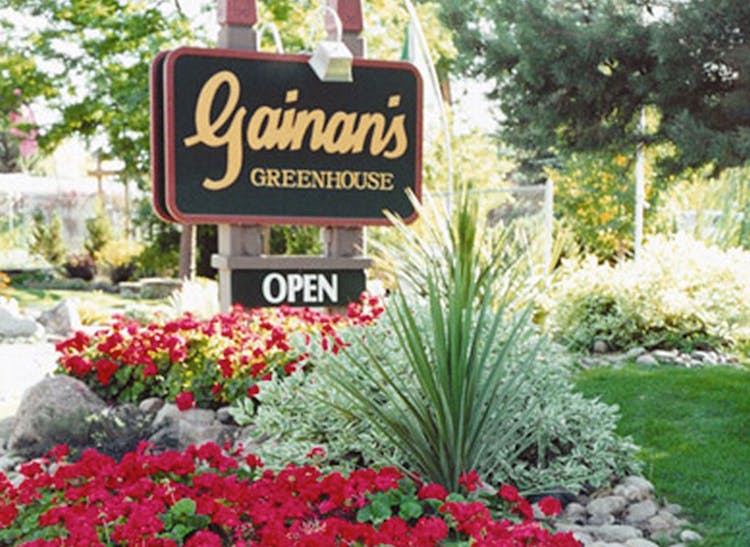 Lovely landscaping around the sign outside our shop - Open for Business 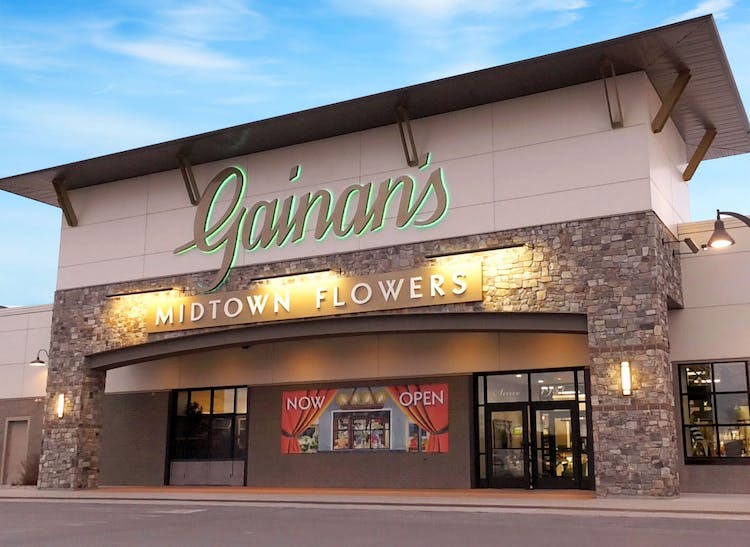 An exterior view of our primary location on West and Grand